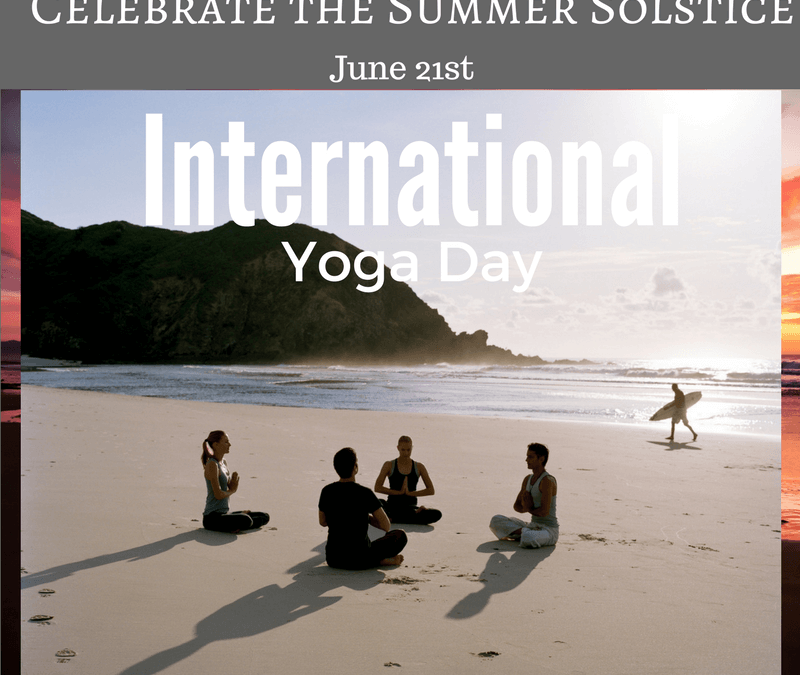 International Yoga Day and the Summer Solstice on June 21st

The official start of summer is with the arrival of the summer solstice on June 21st. For those of us in the Northern Hemisphere, this marks the longest day of the year.  This is the moment when the Sun reaches the Tropic of Cancer, which is its highest point. For those who live in the Southern Hemisphere, this is the shortest day of the year and the arrival of winter. The solstice happens at the same moment for everyone, everywhere on Earth.

What makes this day even more special is that June 21st is also International Yoga Day which is recognized around the world since its inception in 2015.

What better way then to recognize both of these celebrations than with some family-friendly outdoor yoga?! Check out some of our favorite yoga poses and games!

How to Play Summer Beachball Yoga

Toega: Yoga Fun for Your Toes

Do you love yoga and kids? Keep the fun of International Yoga Day going all year long! Introduce the joy and fun of yoga to children while instilling the benefits they will have for life. Enrollment is now open for our Kids Yoga and Mindfulness Teacher Training! Find out more here. 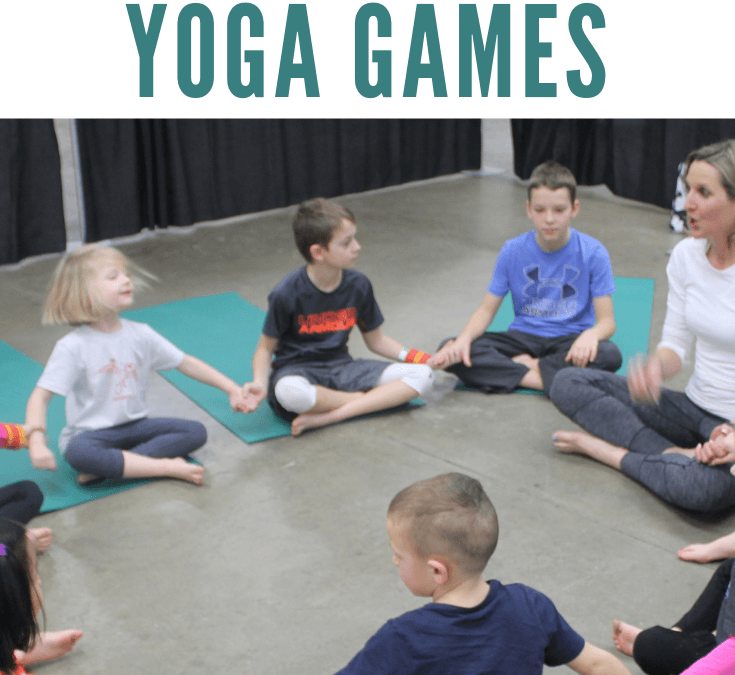 How to Teach Yoga & Mindfulness to Kids

The Top Yoga Games for Kids

Let’s get started with yoga games! I’m going to tell you about the Top 10 Yoga Games and we’ll also learn why games are important with kids yoga.

Kids remember the poses when they play games with them. They are also a great way to practice the poses with games. Kids love games. They’re a great way to get kids moving, practice poses, and working together. I also love taking my favorite familiar childhood games and turning them into yoga games for kids. Some of these games need materials but the majority do not. 2. Next, you can turn on some music with freeze dance. When you stop the music everyone can hold a favorite pose the best they can.

3. For Animal Pick you can fill a bag with all stuffed animals or toys and kids can take turns drawing out an animal and thinking about what yoga pose the animal might do. For example, a stuffed dog could be down dog. 4. A few more yoga games is Yoga Stories. I’ve got a lot of good books that I recommend with this. Any story that includes animals in it. You can pause as you’re reading the story and see if kids can come up with a yoga pose for the animal.

5. Musical mats is just like musical chairs. It’s another fun yoga game. Put your mats in a circle and turn on some music. When the music stops make a yoga pose right there on the mat hold it. 6. The Yoga Obstacle course is another favorite of kids. You can use anything – couch cushions, hula hoops, jump ropes. Place them all in a circular formation along with some yoga pose cards or different poses that kids can do. Then the kids can move around the room with the obstacle course, also stopping at variable points and holding their yoga pose.

7. Yoga Shapes is also a favorite one. You can write a shape down, like a triangle or square, on a piece of paper and kids can try to make that with their body.

8. Yoga Jenga I created by just taking the familiar Jenga game and writing down names of poses on the blocks. You play with normal Jenga rules with pulling out the blocks and learning each pose as you pull it out and then placing it on top.

9. Yoga Says is also fun for the kids. Have them pick 3 to 4 poses that they’ve learned and they are center stage and their job with the yoga show is to show the poses and kind of transition in between them so that it flows pretty seamlessly.

10. Another great game for younger ages is Follow the Leader where you can lead or the kids can take turns leading movements and yoga poses and everyone does what the leader is doing.

You May Also Enjoy:

How to Teach Yoga to Children

How to Play the Listening Game with Kids 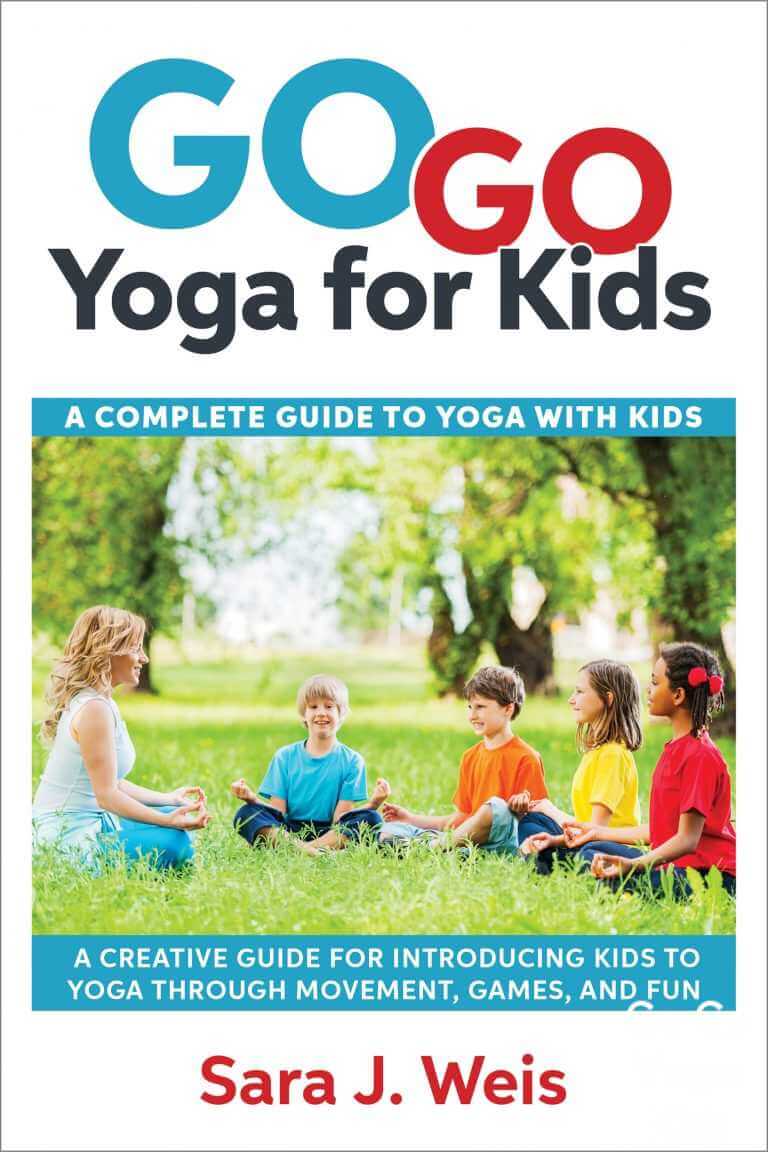 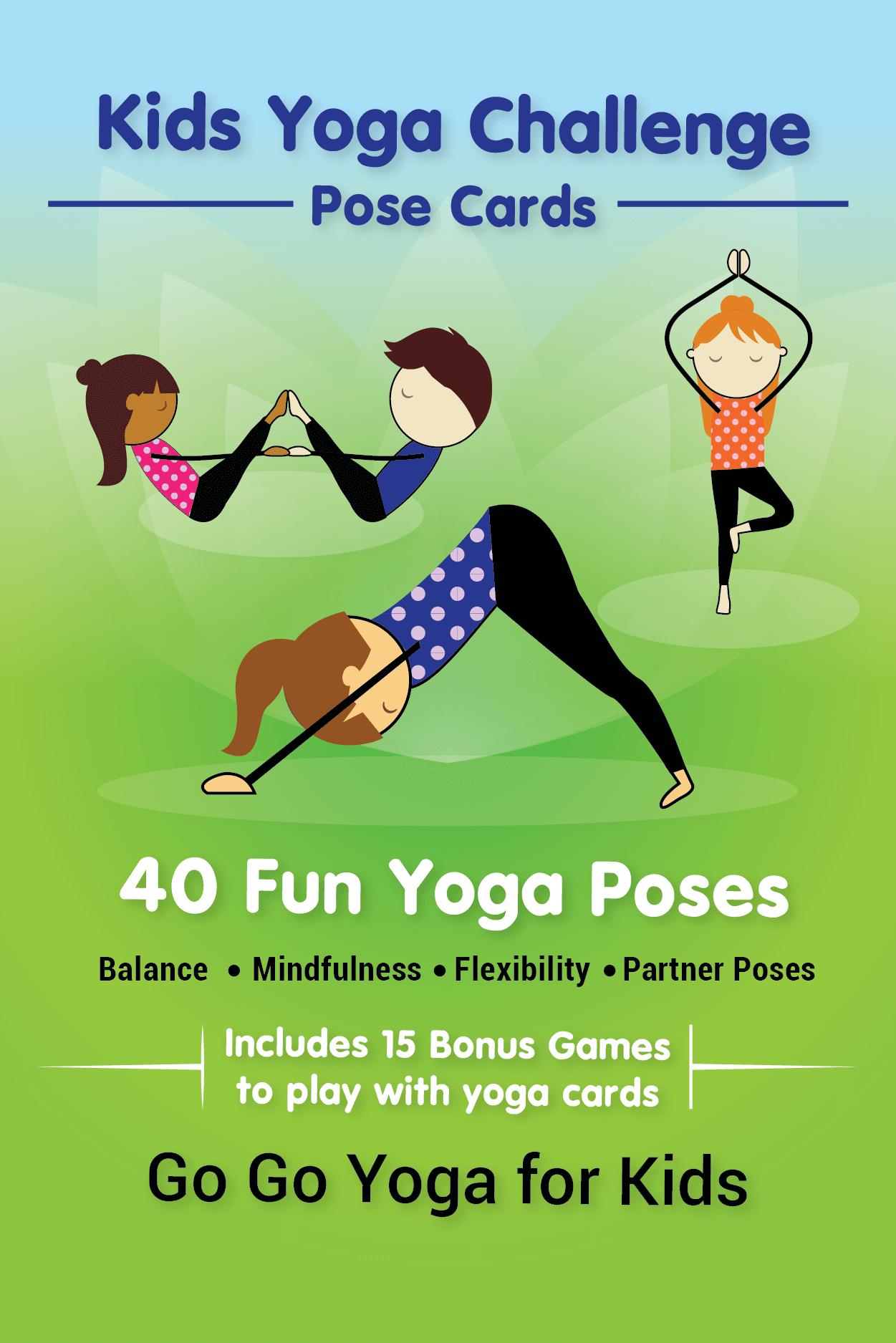 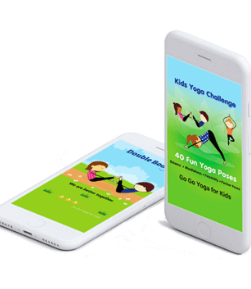